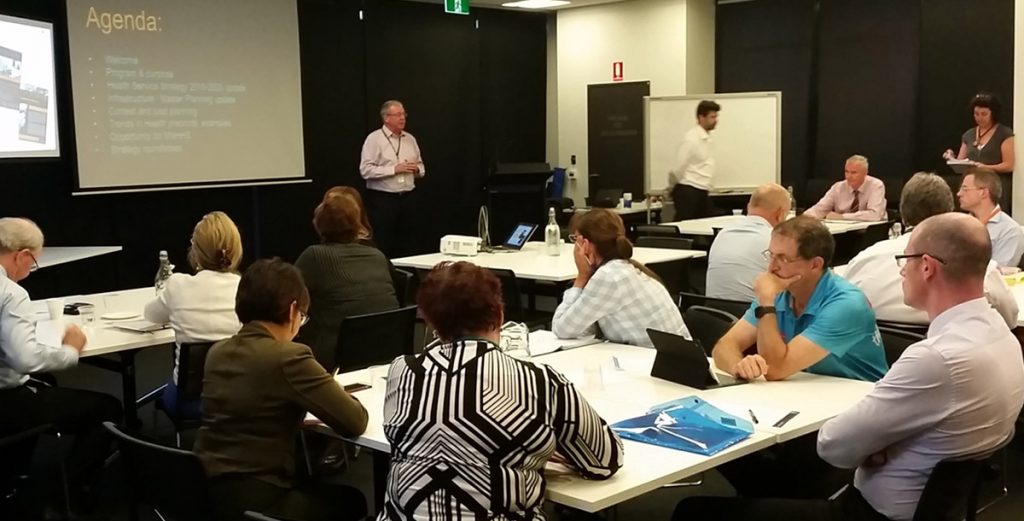 Destravis was commissioned to facilitate a whole of Metro North Vision Project which brought together Executives across the HHS.

The objective of the exercise was to establish a 20 year vision for the acute and sub-acute facilities in MNHHS, with each facility having a defined role within the HHS.
Destravis consolidated findings from a decade worth of reports conducted across the HHS, investigated international and national trends, interrogated the health service data and forecasts to develop key strategies which would guide the evolution of the HHS for the next 20 years.

These strategies were the topic of interactive workshops which resulted in specific applications for each campus.
The outcome of each of the Vision Project was developed into the MNHHS Vision Report (April 2015) which - along with health service data - informed the development of Strategic Facility Plans for the 4 major acute campus in MNHHS: Royal Brisbane & Women’s Hospital, The Prince Charles Hospital, Redcliffe Hospital, and Caboolture Hospital.